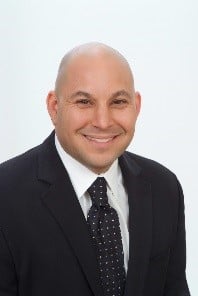 Interview With SJV’s R&D Department: What We’re Working on With Verifications 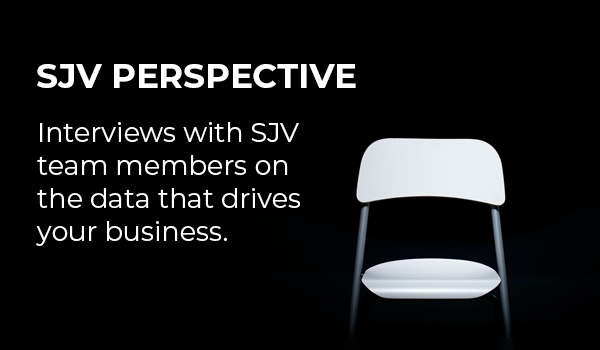 The team at SJV Data Solutions is constantly innovating with technology, processes, and people to optimize employment verification. The goal is nothing short of the fastest, most accurate verifications in the industry. As we enter a new year, we thought it would be a good time to look ahead at the improvements the SJV team has in store for 2021 and beyond.

We checked in with Jamie Cover, SJV’s Manager of Verifications Operations. Before coming to SJV, Jamie worked her way up from doing verifications to running the entire operations team of a consumer reporting agency (CRA). Throughout her career, Jamie has been involved with every aspect of the background screening process, including how each element fits together.

In fact before joining SJV,  Jamie took over a criminal background screening department at a national consumer reporting agency that saw the most complaints across the entire company, and in six months, turned it into the best turnaround time product the company offered.

Q: In some of our previous articles, we’ve written about the core problems CRAs have to deal with when handling employment verification. The work can be labor-intensive and complicated — and therefore difficult to scale. Keeping track of all the different end user requirements can be a headache. And for all those challenges, the margin is really quite low.

As an outsourced employment verification provider, SJV helps CRAs overcome these problems. How would you describe your approach to solving them?

Q: When you say “analysis,” what do you mean by that? What data are you analyzing?

Bill: We have the benefit of seeing the processes of hundreds of different CRAs. We have them all in our system. The way our system works, it’s the same people, the same underlying technology, the same dialer, and the same everything else for every CRA we serve. The only difference is the process and the data that’s coming from their clients, and we study that relentlessly.

Jamie Cover: The other thing that makes our data so powerful is, if a CRA comes to us and says, “[There] Clients are concerned about turnaround time,” or, “They’re concerned that their completion ratio isn’t good enough,” we can, without revealing any client names, say, “Well, here’s your process against our population of processes,” or, “Here’s your process versus a population that we know has a similar industry.” It allows us to be consultants, to help them get to a better place in their business. That’s not something your average CRA has access to without us.

Q: Can you provide an example of an improvement you’ve made at SJV to your employment verification department after digging into this mountain of data?

Bill: Several months ago, we ran an experiment. When we would get a new order for a source we had never used before, we would search their website for a ‘contact us’ email address. So, for our test, we emailed those addresses to say, “Hey, we’re trying to perform a verification of employment, can someone call us back?” We knew that they would probably forward it to someone else, as whoever reads those emails probably isn’t the right person.

Our experiment generated data, which ultimately proved to be extremely valuable. The test proved to improve turnaround time.  Now it’s a configuration option that clients can turn on and off. (The downside is that sometimes people get annoyed that you’re emailing them. So, one out of every 1,000 times, you get an irritated source.)

These are the kind of process improvements we’re constantly trying to uncover. We think of our verification department as a separate business, with its own need to generate profits, and that generates an ambition and a motivation that is not likely found in a CRA.

Jamie: We’ve studied the data and we know things off the top of our heads that most CRAs haven’t had a chance to consider.

For example, we know that if you go from three calls over three days to four calls over four days, you’re going to see about a 5% increase in completion rate. But if you can’t sacrifice the turnaround time you can do four calls in three days (so you’re calling more than once a day), and you’re going to see about a 2.5% to 3% increase in completion rate.  So you get half of the completion improvement without impacting turn around time.

Q: Let’s talk about the future now. So many of SJV’s process improvements are technology-driven. Your call center is powered by the same cutting-edge technology that helps major corporations such as Best Buy and American Express interface effectively with thousands of customers every day.

What technologies are you keeping an eye on? For instance, we’re hearing a lot about the potential for Artificial Intelligence (AI) and Natural Language Processing (NLP) in call centers.

Bill:  AI and NLP working together are not yet where they need to be as a technology. The whole robot thing, where the robot called and left a voicemail, was tried and rejected in the industry.

The question in the world of call centers — not just in background screening, but across the board — is how can we have a robot that sounds more like a human and have an interaction? Google Duplex [an AI-powered assistant that calls to make reservations on a user’s behalf] is probably the most advanced version of that, but it is not currently available to organizations like us.

I do think that a Google Duplex-like system is where this will eventually go. It will get to where at least dials one and two will be some sort of automated robot, and then only the ones that survive (probably no more than 30%) will be sent to a human.

In the meantime, we are investing in AI in other ways. For example, many job applicants misspell the names of their former employers. We’re working on using AI to deduce what they really meant when they were keying that in.

Q: Looking toward the more immediate future, what improvements do you hope to release in 2021?

Jamie: One of the things we want to do in 2021 is come up with some standard reporting for clients so that we can give them better intelligence to take back to their end users.

Bill: We already do a lot of that custom today, either upon request or when we see an opportunity. We’re proactive and reactive, but it’s still custom. We want to “productionize” that more to clients.

Jamie: Exactly. One of the things we’ve done for a couple of clients is taking them through the data to say things like, “30% of your orders are missing information — not providing phone numbers, for example — and here are your biggest offenders for that.” Or we can point out specific end users who have abnormally high missing info rates.  When that’s in front of them, it can be powerful. Most CRAs don’t have that kind of intelligence.

Bill: This is actually one of the driving forces that lead some of our clients to give us not just their overflow, but all their employment verification volume. Because they want to have the analytics that go behind it. They can’t deduce anything from the ones they do in-house. But what they send through us, they’re able to deeply analyze and come up with all kinds of strategies for working with their clients.

Q: Thanks for speaking with us today! I’ll let you get back to innovating now.

Learn more about how verifications help your CRA business with scale, specialization and profitability in our new guide. Read the online guide today.