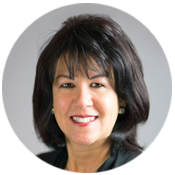 Puerto Rico – Criminal Research on the Isle of Enchantment

Puerto Rico, officially the Commonwealth of Puerto Rico (Spanish: Estado Libre Asociado de Puerto Rico, literally the "Free Associated State of Puerto Rico"), is a United States territory located in the northeastern Caribbean. Puerto Rico (PR) is an archipelago that includes the main island of Puerto Rico and a number of smaller islands. The official languages are Spanish, which is predominant, and English.  Spanish is the only official language of the entire Commonwealth Judiciary system and is the dominant language of business, education, and daily life. The island's population is approximately 3.6 million. The capital and most populous municipality is San Juan. Although is considered an unincorporated territory of the United States, it is a self-governing commonwealth. For the purposes of Background Screening, Puerto Rico is considered international due to the differences in processing and because most of the transactions and documentation required must be completed in Spanish.

There are two main types of criminal records searches in Puerto Rico. These are; Police Criminal Certificates (Certificado de Antecedentes Penales) and Criminal Court Records. All search types return major and minor offenses (Felonies and Misdemeanors). It does not include Federal violations/convictions or Sexual Offender registry.

The search is based on Social Security Number and Name match. The most common method for obtaining the Police Certificate is in person at the Police Department. The researcher must complete an application form, pay $1.50 for an apostille, and submit the search. Results can be obtained within the same day if no records are found. If records are found, it is common procedure to request a copy of applicants Driver’s Licenses or passport number.

Another method for conducting the search is via mail, where the request is mailed directly to the Police Department Headquarters located in Avenida Roosevelt, San Juan, along with a money order of $7.00 (USD) for handling (there may be additional charges due to mail courier since the information should be transferred securely).

Currently, the Government of Puerto Rico is testing an online service for residents only to obtain their Police Certificate. The site is not to be used by third Parties. This is a new system and it substitutes the former online system that was fraudulent and contained many system glitches that generated false negatives. The new system is in beta mode and the government is expected to announce further changes on requirements and system usage.

Criminal Court Records are located at the Tribunales de Primera Instancia in PR. There are 13 judicial regions in Puerto Rico that house all the criminal records (misdemeanor and felony cases). These regions provide judicial administrative support and are responsible for the organization and processing of the all civil and criminal judicial activity in their regions.

Most criminal court searches are conducted via a representative/researcher physically visiting one of the 13 courthouses (Centro Judicial) and requesting the search. These searches are name based. Most Puerto Rican’s use two last names (Father’s Last Name followed by Mother’s Maiden Name). It is recommended to use the subject’s full name when conducting the search and name variations such as AKA and aliases.

Researchers can also call directly certain courts that allow for this process. If there is a record found, the researcher may be required to go to the local court(s) where the case was held and obtain the details of the record to report the results. Most courts are clerk assisted and require a waiting period at the courthouse until the information is released to the researcher. The expected TAT is 3 – 5 days.

Another method for obtaining record detail information is by mailing a request for information directly to the corresponding local court via postal mail. The TAT for this process is approximately 10 – 15 days.

There is an on-line system known as Rama Judicial for an index search of the court cases. However, this system is not complete nor up to date. The main issue with the Rama Judicial website is that it is not always reliable due to 1) system issues - where most of the times the details of a case are not displayed, 2) backlogs - there are update backlogs from certain courts around the island where the records are not updated in the database for several months, and 3) there are not enough case identifiers to identify the individual when common names or name variations are used.  Therefore, although the system is available, it is not to be used as a criminal record search method.   It can only be used as a supplemental tool.

The main purpose of the website tool is for Puerto Rico residents with court cases (and their lawyers) to use it as a referral system to get updates on their case’s status and progress.  The system is referred as “Consulta de Casos” (Consultation of Cases). The information on the site is not considered “an official communication” from the Ministry of Justice as it is clearly stated on website. Unfortunately, there are providers using this method as the only way of checking records in PR.