COVID-19 (coronavirus) Resources: Information for our customers and community. 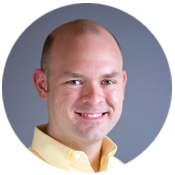 Who doesn’t love a good trip to Chicago?! If you’re going to Chi-town to conduct criminal research, you may need a bit of advice, so consider this your official ‘tour guide’ for how research is done in Cook County. We’ve established a network of proprietary researchers in Chicago, meaning they’re employees of SJV that work directly and solely for us. This ensures that through their level of local expertise, we’re producing the fastest, most accurate, and most affordable results possible in Chicago.

Within the last few years, Cook County transitioned to a new web-based Public Access System. During this process, we’ve noted some discrepancies between the “new” web-based system and the “old” DOS-based system. To provide maximum transparency, we’ve provided visual comparisons between the systems and compiled a list of FAQs gathered from our customers:

Minor differences in Case Numbers can be noted between old and new systems.

As a bonus, here are what ‘Archived Cases’ look like….wrapped up on a pallet withing the Daly Center. Ever wonder why it takes so long to get those older cases reported?!.... ;)

1. Is there a difference in how far back the systems reliably had case information (i.e. - old system went back to 1985 and new system goes back to 1990)?

The old system generally goes back to around 1984, the new system goes back to around 1990. This is not to say all the information on the new system is correct, as we have come across inconsistencies in older cases when comparing the two systems; however, just because some cases from the late 80s are available on the old system does not mean that they all are. There is no guarantee to be able to locate a case past 1995, and the files prior to then have mostly been destroyed.

Additionally, some information on traffic related cases that were previously available on the old criminal index, may now be indexed in the traffic index system or be incomplete in the criminal index.

3. I've heard that most researches seem to favor the old system - is there a specific reason?

This is because the old system is real-time in the sense that once a clerk enters information, it is available right away. On the new system, it takes 5-7 days to upload information. The end goal is for all the judges to start entering their own case information on the new system (to avoid error), and currently four judges are testing it out. There is concern that the system will be unable to handle the processing once all the judges start using it, which is why it is still in the testing phase.

Additionally, most long-time Cook researchers were highly proficient and familiar with the old system. It didn’t require the use of a mouse to point and click but rather only used arrow keys. There is a learning curve and obvious hesitance toward changing a system that has been in place in Cook since the 1980s.

4. What is the current availability on the “old system”?

Currently, there are still some “old system” terminals scattered throughout the Cook County courthouses; however, they continue to be fewer in number as the transition progresses. The main justice center – The Daly Judicial Complex – has eliminated all DOS based systems and implemented the new system 100%.

5. Are there inconsistencies with common names or case types?

6. What is SJV doing to minimize inconsistencies?

We continually maintain contact with Cook County court administration and are seeking further clarification and resolution, including sending increased test cases to this jurisdiction to gather more insight on any potential discrepancies.

Nothing about the Public Access Systems/Court Documents are black and white in Cook, as it is one of the largest counties in the country. Our recommendation is DON’T WORRY! We have full confidence that the accuracy and timeliness of your Cook County searches, results, and records, will continue to be of the highest quality available when working with SJV.